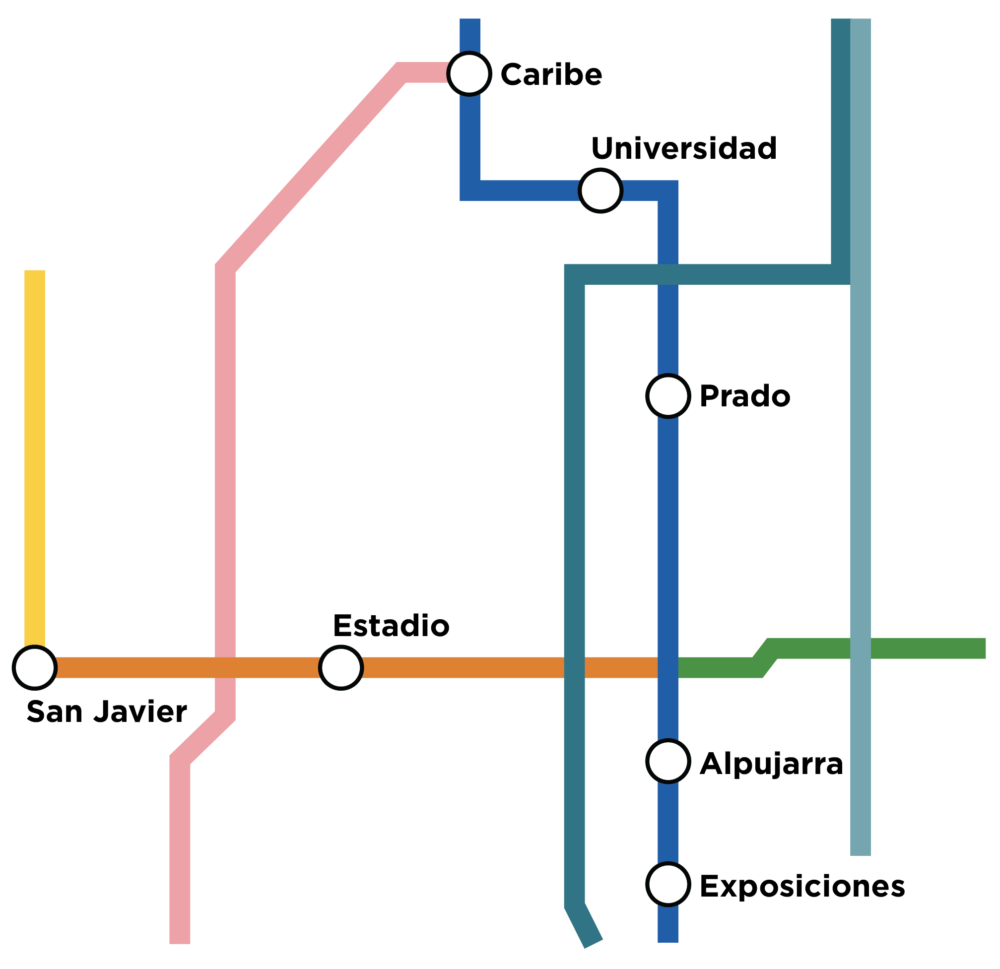 Medellín is best known for its worst times, when Pablo Escobar terrorized honest people, recruited children for his narcotrafficking, and upended a proud, hardworking social order.  The transformation of Medellín since his death in 1993 has made Medellín a very different place. A ride on the world-class Metro, the envy of Latin America, will show you some of Medellín’s triumphs today.

When you hover over Metro Stations in the menu above, each stop represents a theme of Medellín’s transformation since 1993.  Exposiciones and Alpujarra introduce you to some of Medellín’s daytime social life, including photo and video essays on street art,  why malls are more vibrant and successful than ever, a riverwalk where kites fly high and open-air yoga celebrates the city’s sublime climate. Caribe shows the resilience of Moravia, a neighborhood that was once the city’s garbage dump and is now a lush garden towering over a main traffic artery, as much an environmental success story as an economic one.

You can enjoy the Metro – all rides are free today! – exploring the stops as you come to them, or you can search the site by topic in the Key Word Index. Either way, this site will remain under construction for a long time, so I hope you’ll bookmark and come back often to see what’s new in Medellín.